The search continues on Saturday for a one-month-old boy that was in an SUV that plunged into the Mille-Iles River between Laval and Deux-Montagnes, north of Montreal.

A 40-year-old woman and the infant’s four-year-old sister were rescued from the vehicle after it crashed into the river Friday, shortly before 5 p.m.

Laval police (SPL) would not reveal which direction the woman was driving on the road because they say it would reveal how the car ended up in the water, which is part of the investigation.

According to Laval police spokesperson Erika Landry, a call was received at about 4:45 p.m. Friday to 9-1-1 to report the presence of a partially submerged vehicle in the river.

Police and firefighters then converged on Des Érables Street, near Saint-Antoine Street, where they attempted to rescue the mother and two children.

Laval police (SPL) divers are traversing the strong currents in the Grand Moulin rapids surrounding Turcot Island looking for the baby and are being assisted by a Surete du Quebec (SQ) helicopter and Laval fire department boat.

The SPL’s canine unit is on the scene searching the shoreline.

The two rescued victims were taken to hospital. The four-year-girl was released from hospital late Friday night and is with her father, police said.

The mother will be met by investigators when her health permits. 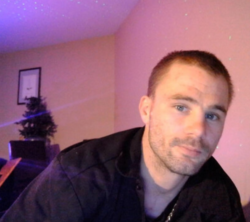 Missing Man from West Kelowna, BC – Brett Moore, 34
Next Article Today marks just over two and a half years since the disappearance of 3-year-old Dylan Ehler from Truro, Nova Scotia