Members of the London Police Service are renewing their plea for information in relation to the disappearances of two women who remain missing.

Over the past week, investigators from the Major Crime Section met with the families of Kathryn Bordato and Shelley Desrochers to update them on the investigations.

Kathryn Bordato, 44 years, was reported missing on February 10, 2010 and investigators determined she had last been seen in the area of Cavendish Park in July, 2009.

At the time she was reported missing, Kathryn Bordato was described as Caucasian, with long brown hair and brown eyes; approximately 5’4” tall; weighing approximately 140 pounds. She was further described as sometimes walking with a limp, and as having a tattoo of the Venus symbol (the symbol for the female gender) on her left hand between her thumb and index finger. Kathryn is also known to use the names Kathy, Pat, Kat, Katie, Katie Stewart, Laura Bordato, and Lauren Stewart.

Shelley Desrochers was reported missing to police on the afternoon of January 21, 2016, and investigators determined she had last been seen in the area of Lorne Avenue and English Street on January 2, 2016.

At the time she was reported missing, Shelley Desrochers was described as Caucasian, 5’ 2” and 130lbs with hazel eyes and long brown hair. She was further described as having a distinctive walking style, described as being “pigeon-toed,” and various visible tattoos including a rose, a heart and a bluebird. 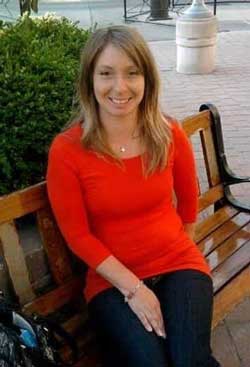 Both missing persons investigations remain open. There have been no confirmed sightings of Kathryn Bordato or Shelley Desrochers since either disappeared, and there has been no evidence uncovered that would indicate that either is still alive. A body has not been located in relation to either disappearance.

Generally speaking, the absence of a body or information which may assist in determining potential manner and cause of death poses significant challenges in these types of investigations. Although, the absence of any sightings or contact with friends or family would indicate that the missing person is no longer alive, there is often no evidence of how the person died. That absence of evidence requires investigators to consider all possibilities.

Investigators working on both cases remained aware of the progress of each investigation throughout, and continue to share information. During the course of the investigations, individuals close to both Kathryn Bordato and Shelley Desrochers who were believed to have had information relating to the circumstances surrounding the disappearances were identified. One of these individuals has been identified as known to both missing persons.  This individual provided very limited cooperation with investigators and there was evidence to indicate that this person withheld information from police. Significant resources and various investigative techniques were used over a long period of time to obtain whatever further information this individual had in relation to the disappearances. During this period of time, this person was monitored closely to ensure public safety.

This individual has now died, ending the possibility of obtaining further information from them and closing off a key avenue of inquiry in both cases. Privacy legislation prohibits the LPS from releasing any information that could potentially identify this person.

Both cases remain open, and we are urging the public to come forward with any information, no matter how insignificant it may seem.

Anyone with information in relation to these incidents is asked to call the London Police Service at (519) 661-5670 or Crime Stoppers at 1-800-222-TIPS (8477). Information can also be sent in online anonymously to London Elgin Middlesex Crime Stoppers. Surrey, BC RCMP advise the public of suspicious person who approached a child